State parks' historic properties represent major themes in the state's history, from pioneer structures to the coastal defense fortifications to the parks developed by the Civilian Conservation Corps (CCC). Many of these properties have been formally listed on the National Register of Historic Places, yet there are many state parks with significant historic properties open to the public. 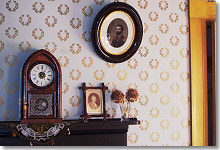 The picturesque buildings of Fort Simcoe, located within the tribal lands of the Yakama Nation, were built in 1857 to help keep peace between settlers and native peoples. Olmstead Place, near Ellensburg, is an authentic early Washington farm with an original 1875 homestead cabin, a 1908 farmhouse and historic barns, and sheds.
Other historic homes include the Rothschild House (Fort Worden) and the John R. Jackson House (Lewis and Clark). 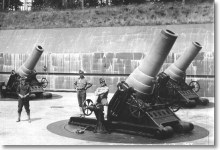 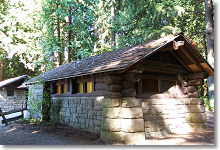 Washington State Parks benefited tremendously from the work of the Civilian Conservation Corps (CCC), a federal relief program that put young men to work during the Great Depression. Many log and stone bathhouses, picnic shelters, and ranger's houses built by the CCC during the 1930s are still in active use.

Washington State Parks is currently undertaking a project to prioritize work on the historic properties the agency stewards. Guided by the Commission's Transformation Strategy and Strategic Plan, this work aims to set priorities for agency efforts in historic preservation. Draft criteria for evaluating the identified historic resources in State Parks have been developed, and we are seeking public input on these criteria. Due to increasing needs, it is imperative that the agency establish priorities to better direct resources to help fulfill the agency mission and provide a safe and memorable experience for park visitors.

Documents related to this effort are listed below, including background information, the draft criteria, and supporting documentation. The long-term goal of this effort is to create a Historic Property Treatment Plan that will guide agency decisions and future budgets. These resources connect visitors to the history of Washington State, and we are very interested in your comments on the draft criteria.