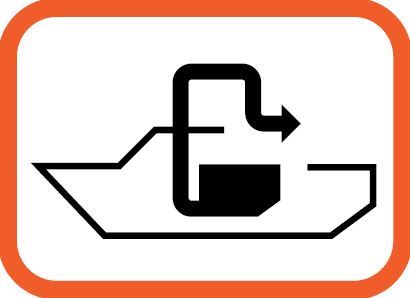 We receive CVA funding through a nationally competitive grant process, administered by the U.S. Fish and Wildlife Service. Grant funding comes from the Sport Fish Restoration and Boating Trust Fund, which is supported by excise taxes on sport fishing equipment, recreational boats, boat fuel and interest on the fund.

<>In addition to funding the construction and maintenance of pumpout, dump stations and floating restrooms across the state, the Washington State Parks CVA Grant Program funds Pumpout Washington — the public outreach program managed by Washington Sea Grant for over a decade. In that time, the Pumpout Washington team has engaged with tens of thousands of boaters about the importance of properly disposing their sewage. Pumpout Washington has also distributed more than 10,000 pumpout adapter kits to boaters, making it easier for them to empty their boat’s head. For more information about Pumpout Washington, including a map showing public pumpout and dump station locations in the state, visit PumpoutWashington.org.

Since 2001, we have received over $21 million dollars in federal grants. That has funded nearly 140 marine sewage disposal system projects across the state.

The program continues to support ongoing operations and maintenance of more than 140 stationary pumpouts and dump stations, and free mobile pumpout services at 10 coastal marinas.

We are proud to support Washington boaters, who have prevented millions of gallons of sewage from contaminating Washington’s waters by using CVA pump-out facilities. A clean marine environment is very important for everyone to enjoy the beautiful bodies of water throughout Washington. Boaters are leaders in keeping Washington’s waterways clean.

puget sound is now a no-discharge zone for vessel sewage

The Washington State Department of Ecology established a Vessel Sewage No Discharge Zone (NDZ) for Puget Sound and certain adjoining waters. The NDZ was adopted April 9, 2018, after a five-year public process and approval from the Environmental Protection Agency (EPA). The rule is effective May 10, 2018. Learn more about the NDZ.

Information for marinas with pumpouts

Other sources of boating facility grantS